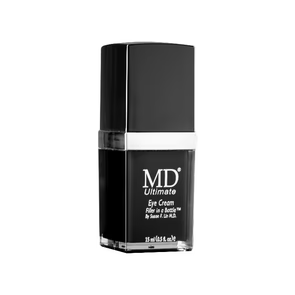 Pandas are cute! But not when you begin to look like one.

Dark circles, nowadays, have become extremely common. And when it comes to eyes, dark circles and under-eye puffiness is something we all deal with daily.

This could be due to working late at night or binge-watching your favorite show. Any of this could show up on your face the next morning in the form of those dreaded dark under-eye circles.

Stressors including hectic days and sleepless nights may be another explanation for why your eyes look tired and puffy.

The color of the under-eye skin is a blend of blood vessels, pigment in the skin, and the thickness of the skin, along with fluid that can accumulate in this delicate, sensitive area Dark circles are usually a mixture of pigment making the skin darker and redness from dilated blood vessels.

What Causes Under Eye Dark Circles?

Dark circles can be caused due to –

Thin Layer of Skin Under the Eye

This can be clarified by an example The veins that we can see in our arms sometimes seem to have a bluish tint to them but this does not imply that the blood streaming through these veins changes its color to blue. Instead, it means that the veins only let blue light pass through them and hence it appears to be blue. This is a similar case with the eyes which reflect brown or black color when the light drops on them and it looks like the person has dark circles.

The second reason behind having Dark Circles under the Eyes is aging. As we grow older the skin begins to lose its elasticity and flexibility and its ability to rejuvenate quickly. Thus, the dermis starts to become thinner and thinner. Therefore, it is expected to see dark circles under the eyes of elderly people.

Occasionally stress and excess fatigue may also result in dark circles formation under the eyes. When our body is running low on energy, the production of cortisol is mightily increased in the body which stimulates energy production and helps the person to stay awake, becoming another reason for getting dark circles.

Cortisol tends to boost the volume of blood in the body and the blood vessels have to adjust to the increased blood. This is also liable for the blood vessels under the eye. This forces the blood vessels to bulge out and come closer to the skin surface and due to the reflection of light, it appears as if the said person has dark circles.

The best way to treat dark, under-eye circles is by using cosmetic products and treatments. This includes under-eye serums, creams, peels, lasers, devices that tighten the skin, and fillers that help in removing the shadow and hollowness from under the eyes by restoring the padding in the lower eyelid and cheek.

However, the most feasible and effective option is going for under-eye creams and serums.

Look for the following Ingredients in the best eye cream for dark circles to get the best results.

Hyaluronic acid hydrates, nourishes and plumps up the skin to give you a youthful and radiant glow. It helps in brightening the skin which can hide darkness under the eyes. Hyaluronic acid along with glycerin can seal moisture into the epidermis from the environment above and dermis below.

Caffeine functions to obstruct the blood vessels under the eyes, thereby reducing redness.

These are emollients that seal in moisture on the surface while also behaving as a spackle between cells to make skin look soft and silkier.

Retinol is a vitamin A derivative and the amplified version of prescription retinoids. It helps avert fine lines and wrinkles from forming by facilitating cell turnover in the skin. Retinol and alpha hydroxy acid (AHA’s) products are particularly formulated for delicate eyelid skin and can help improve the texture and color of the skin. However, they should be used with care because they can be irritating.

These compounds help lessen oxidative stress from environmental pollutants. Eye products with vitamin C have lower concentrations of the active component as compared to those for the rest of the face.

Peptides are the building blocks of collagen, a protein that helps in keeping your skin firm, strong and smooth. As we age, the pace of collagen our skin produces hinders down, so using eye creams or serums infused with peptides helps promote their growth.

These ingredients in the best eye cream for dark circles help in treating under-eye issues such as dark circles, and puffiness with care and effectiveness.

People don't go to the health club for a variety of factors. Some despise it, while others state they don't have time. Some go...
Read more
Health

Instructions to Save Your Eyes from Macular Opening A medical procedure

Your body is comprised of natural components. The limit of your body slowly declines as you go downhill. Yet again also, as you get...
Read more